Cowan Creek Golf Course is the newest of three courses that are part of Del Webb's Sun City retirement community. Cowan Creek has a resort-style layout with a front nine that plays through the community, with the homes set well back from the fairways, and a back nine that stretches across the scenic Hill Country landscape.

The residents of the large retirement community of Sun City Texas had their wish list, but the design team also needed to keep in mind that more than short-hitting seniors were going to play the golf course. In other words, it would have to be friendly to all level of players, including good players.

What Stevenson came up with is a golf course where players can play their shots. He gave plenty of options around the green so players could pitch, chip or simply putt the ball if they wanted. Wide fairways also help in playability. Yet from the back tees, which measures more than 7,000 yards, Cowan Creek Golf Club also challenges the better player.

"There is a public misconception that our courses are private and not challenging (i.e. easy for old folks)," said Neil Etter, director of golf in Sun City Texas. "Neither is the case. The residents keep us very busy during the week, but there are always weekend-morning tee times available, which are not very common in today's world."

There are five sets of tees, ranging starting at around 5,000 yards on this par 72. So Cowan Creek Golf Club was designed for the retirement community, but it was it was also designed for everyone else, which one reason it has quickly become a favorite in the Austin area.

Another reason for Cowan Creek Golf Club's popularity are its pristine greens, which are probably the best yet among the three Sun City Texas golf courses, which also include Legacy Hills and White Wing. Legacy Hills, in fact, will be getting new greens after a decade a service.

Sprigged with the heat- and cold-tolerant Mini-Verde, Cowan Creek's putting surfaces immediately ran smooth and fast. And no matter what your level of play is, that's always a good thing.

The rest of the golf course is in pretty good shape, too. There are rolling fairways and several water features, thanks to Cowan Creek, which runs throughout much of the golf course. If you like Hill Country golf, you've come to the right place. Miss the large fairways and you'll be negotiating plenty of cacti, mesquite trees and maybe even a deer or two.

If you were to judge the golf course by the first hole, you might not think it so playable, though. First, there's a carry over the creek, which runs across the fairway and down the left side. Play a little too much draw and you'll be wet on this 403-yard, par-4 opening hole.

But by arrival on the fifth hole -- a picturesque, downhill, short, par 3 -- most players are settled in, which is good, considering how difficult the sixth is.

At 484 yards from the back tees, Cowan Creek Golf Club's straightaway par-4 sixth is the No. 1 handicap hole on the course. The tee shot is over the creek, which leaves a long uphill approach to the green. Oh, and it usually plays into the wind.

The 14th hole, a 387-yard par 4, is pretty good as well. With a lake around 200 yards from the tee, the conservative approach calls for a layup off the tee. However, if the wind is right and you're feeling strong, driving it over the water will either put you on the green (depending on what tee you play) or right underneath the green for a chip and putt.

"I like the risk-reward aspect of 14," Etter said. "I think it's the best hole on the back nine."

The other two golf courses at Sun City Texas are enjoyable and usually in great shape. Cowan Creek is no exception.

It's also very different from the other two, both designed by Billy Casper's group. White Wing, simply put, is tight. There's a little more room on Legacy Hills, even with its cascading streams, but it's not nearly as open as Cowan Creek.

So it's easy to see why the residents would like Cowan Creek Golf Club. But again, play it from the tips, and it's plenty of golf course.

The golf course is open to the public seven days a week, but weekday morning tee times can be a little difficult to get.

Cowan Creek Golf Club operates out of a different facility than the other two courses. A new clubhouse was scheduled to open May 1, 2010. It will include a small golf shop, while the rest of the clubhouse is designed for health club activities: weight room, indoor jogging track, exercise room, pool and Jacuzzi.

It's also a plus that that Cowan Creek Golf Club has its own practice facilities. There's a 9,000-square-foot putting green, large driving range, and chipping, pitching, and sand practice areas.

And if you need a lesson, you can get one from the professional staff at any of the three courses. 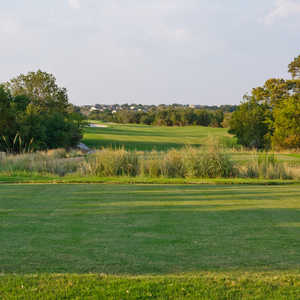 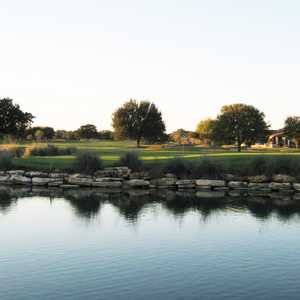 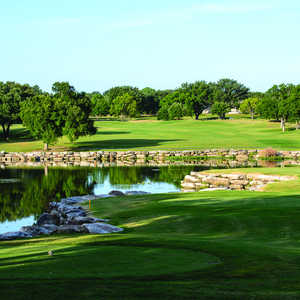