CYPRESS, Texas -- Cypress Lakes Golf Club has always had a reputation for great greens, which is one of the reasons those who don't live in the neighborhood have been willing to make the drive northwest of Houston.

Wind, water and fast greens are part of the charm at Cypress Lakes.
«

One of the Houston area's newest courses, Cypress Lakes Golf Club was designed by Jim Fazio, who carved the course out of the thick pine trees and used a significant number of lakes and bunkers to spice up this mounded track.

The greens are still excellent, always fast, and with enough undulation to get even the best players' attention.

Still, it takes more than fast greens to get people to drive 20 or 30 miles, especially considering there are more than 100 courses in the area.

Cypress Lakes is a course with water on half holes, changing terrain and plenty of risk-reward options. And in 2012, the Jim Fazio design promises to be even better with new ownership.

In May of 2012, Cypress Lakes Golf Club was acquired by Cypress Lakes Investment, a wholly owned subsidiary of Triumph Golf Management. The significant part of this deal is that Triumph was formed by three people who know golf -- Billy Sitton, Michele Carroll and Mike Field, all of whom worked for ClubCorp. Jim Hearn, another golf industry veteran, joined the founding partners later that year.

The bottom line is that this group is serious about making Cypress Lakes successful, which means golfers can expect a well run operation on a well conditioned golf course.

They are getting both, from the shop and grill, to a course that still boasts some of the fastest greens in the Houston area. In between, there are plenty of challenging holes, including several risk-reward opportunities.

Jim Fazio, brother of Tom Fazio and nephew of George, has a few well known golf courses to his credit as well. Among them is Trump International in West Palm Beach, Fla. as well as the River Club in North Augusta, S.C. And while he hasn't done anywhere near the number that his brother, Tom, has done, they are certainly well thought out and routed.

While Cypress Lakes Golf Club isn't flashy, it's solid, and in Fazio fashion, there are opportunities to score that come with calculated risk.

The second hole is the first such opportunity. This 557-yard par 5 has water down the entire right side and a bunker sitting in the fairway about 300 yards from the tee. Place a tee shot in front of the bunker and you've got a decision to make. You can cross the water to the green to the right or try to lay up around a fairway bunker that sits inside 100 yards from the green. Neither shot is easy, but obviously laying up is safer.

Four holes later, long hitters can decide whether or not they'd like to drive the par-4 sixth. Because the fairways usually run firm, you can get close to the green on this 370-yard hole, but again, there's water down most of the right side, trees left, and little fairway the farther you get down the fairway. The safer shot is a hybrid or 3-wood off the tee.

Perhaps one of the more interesting parts of the golf course is between the par-5 14th and 464-yard, par-4 15th. A grove of trees divides the two holes and like a magnet they seem to attract tee shots from both holes. It's particularly penalizing if you find those trees on the 15th, given the length of the hole. To make it worse, the prevailing wind and trees on the right on the 15th tend to direct balls to the trees on the left.

Cypress Lakes also has a terrific finishing stretch, starting with the 16th, a medium length par 4 that has a lake on the left and trees on the right. The 17th is a 171-yard par 3 with another large pond on the right that bumps up against the green. And the finishing hole is a 458-yard par 4 with water down the left side and a fairway bunker near the landing area off the tee.

Cypress Lakes Golf Club be a little bit of a drive for those who live in the heart of Houston or south or east of the city, but it's worth the drive. For the locals, it's a solid play that will test anybody's game. A nice atmosphere and welcoming staff make the experience that much better.

The shop also offers a nice variety of apparel, equipment and balls. The grill serves up a variety of burgers and other golf course fare, and includes a big screen, high-definition television for watching sports. And the practice facility features a large putting green and grass range. Lessons and clubfitting are available. 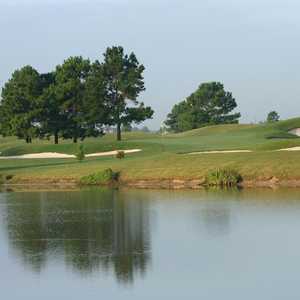 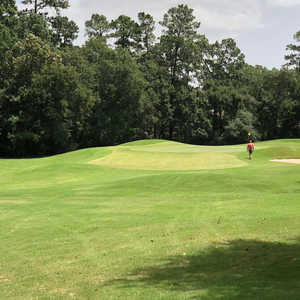 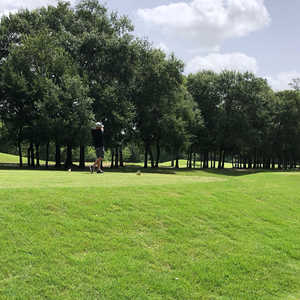