KINGSLAND, Texas -- If you haven't heard by now, the Texas Hill Country has a brand new place to play golf: Lighthouse Country Club.

Lighthouse Country Club is in view of Packsaddle Mountain in the Hill Country.
«

Located in the town of Kingsland on the shores of Lake LBJ, Lighthouse Country Club features 18 holes set in a charming, hill country in the heart of the Highland Lakes. The course was originally built in 1968, winds through scenic Hill Country property full of oak trees and red granite rock outcroppings. From many points, Packsaddle Mountain, one of the Hill Country's highest points, is in view from many spots on the course.

But chances are, if you're a central Texas golfer, you've heard some rumblings about the new play. Located beside Lake LBJ in Kingsland near Horseshoe Bay, it's currently ranked in Austin's Top 10 at GolfNow.com, and Lighthouse operators say play is increasing month-to-month.

A visit here reveals why very quickly: fantastic new course conditions, a revamped clubhouse with a new lighthouse (this is boating country, after all) and a course design that's a lot of fun to play.

"The staff was very friendly and went out of their way to help us out," wrote golfer nmmoore, a Top 500 contributor on GolfNow.com. "The course was the best part, though. Not only was it in great condition, but it was beautiful and very playable. With lush but not-too-thick fairways and maybe the fastest greens I've ever played ... it's one of my new favorites."

Opened as Packsaddle Golf Club in 1968, the course underwent a renovation in 2006. The facility's current form is thanks to new ownership, Rick & Mercy Howe, who bought the club when it went into foreclosure in the fall of 2011. The Howes, who have had a lake house in the area since 1996, were tipped off from the head professional that it was for sale, and they jumped at the chance to get their hands on it.

The golf course sits in the shadow of Packsaddle Mountain, a double-peak icon of the Hill Country known for an infamous battle between Texans and American Indians in 1873. The saddle-shaped dip between the two peaks is most in view from the par-4 fourth hole.

The view accentuates the most naturally interesting stretch of the course that winds through trees and exposed, red granite rock. The par-5 sixth has a green sunken and surrounded on three sides by rock, while the short, par-3 seventh is all carry over granite and Hill Country "gunch."

Getting the course back into pristine shape, as it is now, wasn't easy, as bankruptcy left it in rough shape. The Howes invested in a agronomist to assist with the property's soil makeup, as well as a new superintendent, Jarrett Eledge.

"I want my fairways to be as good as the greens," said Howe, who added the first priority was to get the TifEagle fairways and greens in pristine shape, which they accomplished. "Hopefully next year we can work on some more of the (surrounding) aesthetics."

Residential development is going to play a big part in the property's continued revamp. An RV Park is set to open, and 240 home sites will be for sale on property. Also, Lighthouse just unveiled a set of vacation rentals next to the course. Each is a 1,300-square-foot, two bedroom and two bathroom full home and available for stay-and-play packages.

On the golf course, the biggest difference, besides the better conditions, is the 18th hole has changed from a short par 4 to a stout par 3. Howe said the decision was made for two reasons: They plan on selling some real estate where the old tee boxes were, and the hole was too easy of a finish for Howe's liking.

"It was a birdie hole," he said. "With the 16th being a long par 3 and the 17th a par 5 with a narrow fairway, you get three pretty hard holes with risk-reward to it."

With the blessing of new ownership and vision, Lighthouse is now one of the best, most affordable places to play in the heart of the Hill Country west of Austin. It's in a similar class with Delaware Springs Golf Course, another Hill Country hidden gem located to the north in Burnet.

Minutes from private Horseshoe Bay Resort, the course offers a much more affordable and accessible way to play during your Hill Country getaway. Visiting golfers can now make a weekend out of it thanks to the new vacation rentals and stay-and-play packages.

In addition to the course, the facility also has a bar and restaurant, full driving range and short-game area. 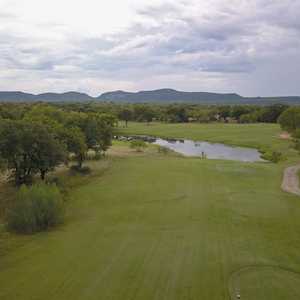 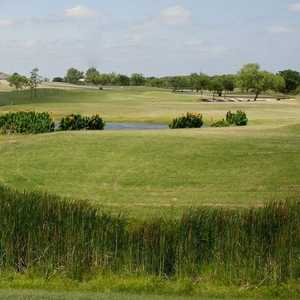 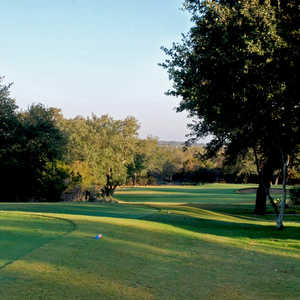