GALVESTON, Texas -- Five years after the Moody Foundation spent more than $6 million renovating the municipal Moody Gardens Golf Course and building a new clubhouse, the Jim Hardy/Peter Jacobsen-designed layout is more than holding its own, it's thriving.

The par-5 fifth at Moody Gardens Golf Course can play as long as 570 yards.
«

The Carlton Gipson-redesigned Moody Gardens Golf Course is one of the most difficult tracks in Texas, universally considered one of the top five municipals in the state. The Gulf winds pound the course and water comes into play on every hole.

Visitors to the island used to play golf as part of bigger trips. That usually occurred when Dad needed to get away in the morning from the usual beach activity with the kids. And while that still happens to some degree, foursomes are making their way down from Houston and beyond -- just to play golf. They're even booking golf packages with the Moody Gardens Resort.

Moody Gardens is that good now, and it's the only public course on the island. Owned by the city, the Moody Foundation has taken good care of it and then some. And perhaps the best decision made during the renovation was the installation of paspalum grass throughout, including the greens. The result has been a terrifically conditioned course that's both beautiful and challenging.

Two months after the course reopened in 2008, the island suffered a direct hit from Hurricane Ike, which covered the course with more than 13 feet of seawater.

Not only did the grass survive, but the seawater helped eliminate other unwanted turf species. Today, the course glows emerald green and is among the best conditioned in the Houston metropolitan area.

But course conditions are just the beginning in terms of why golfers are flocking to the island to play Moody Gardens Golf Course. Since 2008, the staff has been adding programs to attract golfers, and the course has enjoyed a loyal following. Groups routinely make the trip from Houston to play it.

"One week it might be driver, the next week irons, short game or etiquette," General Manager Bill Pushak said. "It's a lot less intimidating than an individual lesson."

The facility is also a big proponent of the Tee It Forward program, which encourages golfers to move up a set of tees to make the game easier and more enjoyable.

At first glance, one might look at the yardages at Moody Gardens and think that it's not very long. At 6,816 yards from the back tees, it's hardly long by today's standards. And the next set of tees, the black, is just 6,380 yards. But the wind tends to blow in Galveston, and even at 6,300 yards, it's a tough test, especially on the holes that play into the wind. To that end, the course is friendly to all levels. The forward tees, the least of six sets of markers, is just 4,549 yards.

"I've hit 7-iron from 110 yards," Pushak said. "You get into a 3-club wind, and it's certainly all the golf course you want, no matter what tees you play. Especially on the back nine with those narrow fairways and water. I know it's made me a better player just by playing here regularly (in the last five years)."

Also making it difficult is the fact that the paspalum grass will not allow bump-and-run shots for the most part. It's a firm, sticky grass, meaning shots that come up short of the green don't tend to bounce forward.

That means you need to carry it in the air to get it on the greens, which makes playing the proper tees more important, because you don't want to be hitting that shot with a long club. 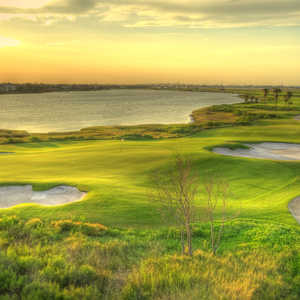 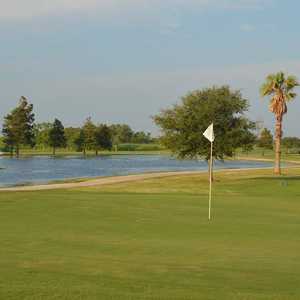 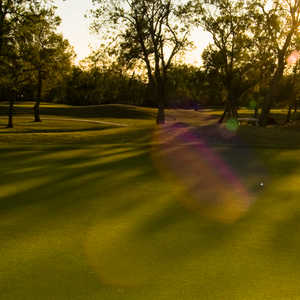