LUBBOCK, Texas -- In a city known for its flatness, The Rawls Course, Texas Tech University's home golf layout, is far from a featureless, wind-blown routing.

Lubbock, Texas may be known for its flatness, but The Rawls Course is anything but.
«

The Rawls Course at Texas Tech

According to Golfweek, The Rawls Course is the fourth best university offering in the U.S., and that ranks it no. 1 in the Big 12's portfolio of exceptional golf courses. It is so impressive, it was selected to host the NCAA Men's South Central Golf Regional in May 2015. The 2005 NCAA Women's Central Regional was played here in May 2005.

If you ever drive through the Llano Estacado, an area of the South Plains that features flat cotton and pumpkin fields and unobstructed views for miles in any direction, you will eventually hit an unexpected feature -- a canyon.

Others might know this land feature as the "Caprock" -- where the high plains fall in elevation into the rolling plains east of Lubbock and even maps out in far eastern New Mexico.

These canyons and eroded elevation changes inspired architect Tom Doak to take an unexciting cotton field and transform it into a 7,349-yard, par-72 award winner.

The Rawls Course at Texas Tech: From minimalism to the opposite

Doak, who built his reputation on minimalism such as his Oregon masterpiece Pacific Dunes, flipped the formula on this one. His team moved 1.3 million yards of topsoil, pushed that dirt into berms that can be 12 to 15 feet above the fairways encircling the entire course.

Wispy, blue gramma grasses roll along the berms along with wheat-like grasses, pine and other ornamental trees. In the low-lying runoff areas, Pensacola bahia -- a tall, tropical grass -- will smother wayward shots. And at the heart of The Rawls Course lies a 4.5-acre, man-made lake, which serves as the course's drainage and irrigation system.

"This was probably the most complicated golf course we've done to date," Doak said, just after the grand opening in 2003.

The fairways are wide, which provides landing areas on the countless windy days of the South Plains, and the greens are contoured and require precision to find the correct line.

Doak calls no. 10 -- a par-3 182 yarder -- his ode to the 11th at St. Andrews. The wings of the green are guarded by deep bunkers, and if the south wind is strong, it will be nearly impossible to carry the front bunker and stay on the green. A lake also guards a right pin placement.

Other historic holes Doak used include the par-4 second, based on a hole at Royal County Down in Northern Ireland. No. 5 came from San Francisco Golf Club, first designed by George Thomas Jr. in the 1920s. Another originated from Royal Melbourne West.

Have a game plan on the 476-yard, par-4 eighth (keep it right). "It is one of the most difficult holes we've ever designed," Doak said. "When the wind comes from the south, most players should be content to play it as a three-shot hole, keeping their seconds safely out to the right." Anything hooked will find a rugged depression left, 20 feet below the green's surface.

The Rawls Course at Texas Tech: The verdict

Strategy and wind will determine your plan -- the prevailing south wind makes the course open mildly, and birdies can be scored, but the middle of the back nine becomes more difficult. Take advantage of two par-5 holes to end the day.

And stay out of the bunkers, which like the sand hill courses of Nebraska, mimic natural erosion. The fairway bunker on no. 8 is the deepest, some 21 feet below the playing surface, making it possibly the deepest in Texas.

Don't miss The Rawls Course, ranked second-best golf course in Texas by Golfweek. Sure, Lubbock is hard to get to unless you have ties to the area. Plan a football weekend in September or October before the first freeze, and you will have a blast.

Managed by the best golf course management company in the business, Troon Golf, this experience is first rate, and Jerry's -- the clubhouse's restaurant -- is a lunch destination for Lubbock folks not even playing golf that day.

If you have time, scope out the extensive, state-of-the-art practice facilities for the Red Raider golf teams that even have extra holes just for them.

If you want to experience what golf is like in one of these South Plains "canyons," just make the short, 45-mile drive northeast of The Rawls Course to Floydada Country Club. This super affordable nine-hole gem sits in Blanco Canyon, with a dry creek bed, turkey and deer, and possibly the best bentgrass greens in Texas.

Jim Furyk has been known to show up the week before he plays at Colonial in Fort Worth to make a Floydada visit. 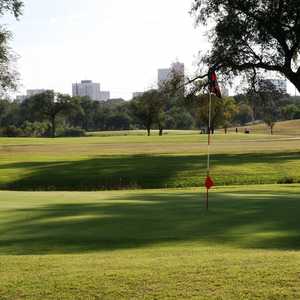 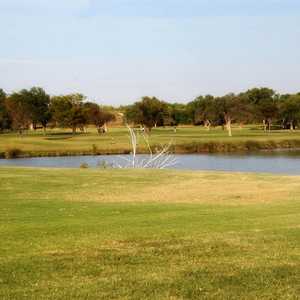