No. 5 at South Padre Island bumps up against the Laguna Madre.
«

LAGUNA VISTA, Texas -- Pro golfers from Texas have a reputation as being good wind players. That's true especially in west Texas, where the wind whips down from the mountains and across the plains. Or even the Red River Valley that separates Oklahoma from the Lone Star State.

But nothing compares to the south Texas coast, where a 20 mph sustained wind is considered relatively calm, and 30-40 mph gales are common.

The golf course, which opened in 1997, isn't right on the beach, but it's close enough. The holes work around the Laguna Madre on the west side of the bay inside Padre Island, just a few miles from the wide-open Gulf of Mexico. There is zero protection from the wind here, just like the coastal courses of Scotland or Ireland, and the golf course was built to accommodate those types of conditions.

Each hole and the overall course layout was planned to account for the prevailing wind. On the few occasions during the winter and early spring when a cold front reverses it, well then, we have a completely different golf course.

South Padre Island Golf Club overlooks Laguna Madre, where you'll find some of the best bay fishing in the world.

The first par 3, the third is a tough test at 190 yards over water and into the prevailing breeze. You get a little help from the wind on the next hole, a 571-yard par 5. Then comes the risk-reward, 334-yard, par-4 fifth.

The fifth is a hole you won't soon forget. Standing on the tee, there's usually a pretty still left to right breeze, which means if you're right-handed, you fear the cut shot. If you play the proper tees (the next set up is 300), the hole is drivable, but you bring in a lot of trouble. The bailout area is actually a beach to the right, where you can play a long sand shot back to the green. You can make anywhere from two to who-knows-what on this hole.

What's fun about this course is that the holes go one direction, then turn for a while, then go in another direction. It has an ebb and flow, and being able to knock the ball down with little spin is paramount. In other words, swing easy and take more club on many of the approaches.

Besides the wind, you'll also find water on half the holes, plus wetlands and high grass that will swallow up golf balls.

One of the best holes on the course is the shortest. The par-3 12th is just 133 yards from the tips, but the green is surrounded by wetlands. Miss the green by more than a few feet and you are likely re-teeing. Picking the right club is critical and difficult as this hole usually plays into the wind. Pulling the trigger is even tougher.

I also like the par 5s on this course, especially 17 at 541 yards. This hole is reminiscent of Irish links. The green is hidden behind a huge dune to the right. To set up an easier third shot, you need to hit two good shots down the left side. Otherwise, you've got the classic blind approach to the green, which is actually kind of fun.

This is one of the most enjoyable golf courses you'll play anywhere in Texas, although it can also be a lot of work. When it's windy, match play is your best bet, because getting low is next to impossible. Even the best players are likely to have a blow-up hole or two.

The club, which is run by Landmark Land, is also very inviting. A nice grill and large pro shop mean you can get everything you need at SPI Golf Club.

South Padre Island Golf Club also has terrific practice facilities. The range is large and well grassed with plenty of eye-catching targets, and there's a large putting green and chipping green. The only criticism might be that the range is downwind the majority of time, which really doesn't give you an opportunity to get a feel for the knockdown shot you're going to need on at least half your shots. Lessons are also available.

South Padre Island Golf Club offers a variety of different housing units around the course and the harbors of Laguna Madre for rent. All are tastefully furnished with terrific views of the golf course or waterways, and many of them are close to brand new.

Properties can be rented by the day, week or month, and fishing/golf packages might be offered soon.

Getting there by air and car

It's a long drive to South Padre, even from inside Texas. Your best bet is to book a flight on Southwest or Continental Airlines, both of which fly into Harlingen's Valley International Airport.

If you're coming from outside Texas, you'll most likely have to connect in Houston, Dallas, San Antonio or Austin.

If you do insist on driving, you'll either wind up on I-37 south or State Highway 59 south until you connect with State Highway 77, either in Corpus Christi or near Victoria. From Corpus Christi you still have close to three hours left, but it is a pleasant drive down the Tropical Trail. 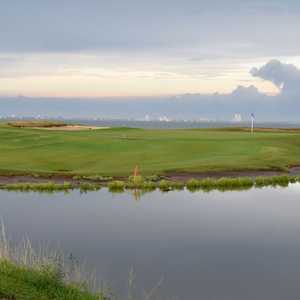 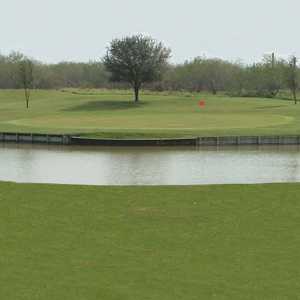 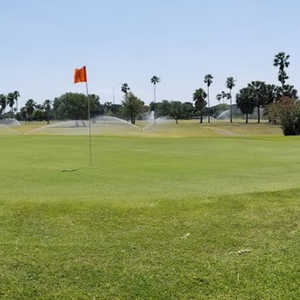