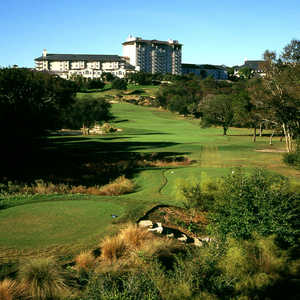 The self proclaimed “Golf Capital of Texas” is not only the premier golf destination in the state, but one of the most outstanding golf destinations in the world. Four championship golf courses grace the property of this four-star resort that is located just 20 minutes west of downtown Austin.

The Fazio Course features cliff-lined fairways, along with natural caves and waterfalls. Without delving into the monotonous details, suffice to say that Fazio is one of Texas’ most highly acclaimed courses, receiving nation-wide attention for its scenic layout that has often been considered one of the top places to play in America.

The Fazio Foothills course, established in 1986, ranks at the top of all experts' lists. Golfweek Magazine rates the Foothills among America's 40 best Resort Courses. The course is also named the Best Resort Course in Texas and has the distinction of consistently having several holes listed among the State's most Best or Most Beautiful holes (holes #9, 10, 11, 16, 18) recognized by The Dallas Morning News.

Getting there : From I-35 south , take Hwy 71 west (Ben White) and look for the entrance on the left side of the highway.