Referred to as “the best piece of land left in America close to a downtown” by architect Tom Fazio, ultra-exclusive Dallas National sets a new standard for golf in Dallas. Created with the aim of obtaining a major championship, the course opened in 2002 in an amazing spot just 6 miles southeast of downtown in old Oak Cliff.

The land itself was once owned by a cement company that was unable to effectively use the land, and the city of Dallas refused to zone the area because of an escarpment that slices the landscape. Result: the perfect opportunity to use the terrain for golf. But this isn’t just your normal run-of-the-mill upscale daily-fee development. The big boys play here--guys like Tom Hicks and Roger Staubach--and the price tag is rumored to be upwards of $160,000 to become one of 350 members.

The high price tag, Fazio name, superb location, and stunning landscape combine to make one of the highest-profile facilities that has ever graced the great state of Texas. Dallasites would be shocked to learn of the spectacular elevation changes that reside so close to their flat city. Tipping out at over 7,300 yards, the par 72 track spreads out over almost 400 acres of limestone canyons, winding creek beds, and large plateaus, with up to 160 feet of elevation changes.

Every hole is a signature hole, with Fazio’s signature bunkers defining the immaculate zoysia fairways. The natural appearance of the course is accentuated by the subtle reddish-tan cart paths, and artistic wooden bridges span the limestone ravines. Many holes offer elevated tees and impressive views of the city.

And while the USGA gave the course one of the highest slope ratings ever (155), which is sure to help the club attract a big-time tournament, wealthy hacks can enjoy themselves from one of the other six remaining sets of tees.

Getting there : Just east of Loop 12 between Keeneland Pkwy. and Jefferson Blvd. south of I-30.

(based on 3 reviews)
See all reviews | Submit your rating
« 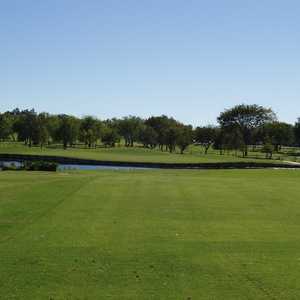 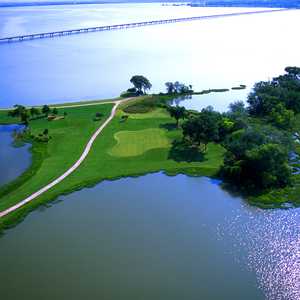 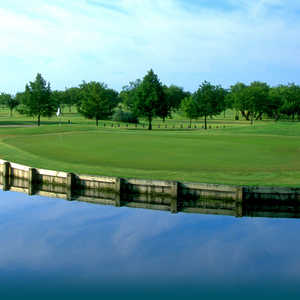