PEARLAND, Texas -- There are lots of different golf course experiences, from premium to good value, from super hard courses to not so challenging.

Pearland Golf Club opened in 1982 after Jay Riviere was brought in to build the course as the centerpiece of a residential development for senior citizens. Mike Hoelzer rolled through in the late 1990s for a redesign on this fairly basic 18-hole golf course.years to spice up the flat, prairie-like course.

In the case of Pearland Golf Club at Country Place, it's value wrapped up with plenty of challenge. In other words, for a little dough, you can play a lot of golf course, even if it is a little rough around the edges.

When Gantz Management Group acquired Pearland Golf Club at Country Place in 2009, the course had been in disrepair for years. An ever-competitive golf market combined with a glut of daily fees in the Houston area can do that. But slowly, with the residents' help, the golf course has been rounding into shape. And with Internet rates among the best in the Houston area, golfers have been discovering this as a good place to tee it up and test their game.

Louis Gantz, CEO of Gantz Management, said the homeowners association has committed money over the next five years to continue improvements.

"We are very excited about the future," said Gantz, whose company is also trying to bring back Texas National Golf Club in Willis, north of Houston, and recently acquired Goose Creek Country Club.

"I can't tell you how great it felt to have had the residents and HOA show so much confidence in Gantz Management Group. We understand we have a long way to go but if anyone, played this course three years ago and plays it now, they will see an obvious improvement in playability and service."

At 6,742 yards, this par 72, originally designed by Jay Riviere in 1982, is anything but easy. There's water on more than half the holes -- some of it added in a later renovation -- and the fairways, especially on the front nine, can be a challenge to find off the tee.

Pearland Golf Club at Country Place's front nine is probably more difficult because of the homes that seem to pinch in some of the fairways. It's also less scenic for the same reason. Still, it has some good holes, such as the ninth, a sharp, dogleg-left par 4 that ends with an elevated green. Players have to be careful here from going long on the approach with water behind the green.

The drive to the 10th signals a change a scenery with a shot around streams and grass to the 10th, where golfers are faced with a large lake off the back tee to a 531-yard par 5. This side has fewer homes on it, with wider fairways and more scenic backdrops. Trees come more into play on some of the holes, and water continues to be a theme.

On Pearland Golf Club at Country Place's par-5 16th, for example, there's a lake off the tee and water that comes into play on the approach and both sides of a potential layup. The green is completely fronted by water, no doubt contributing to making 16 the No. 2-handicap hole on the course.

The round winds up with par 4s that are 445 yards and 425 yards respectively, a tough finish to be sure for every level of golfer.

Where else can you play a regulation par-72 golf course on the weekends for less than $25? Not many places. Plus, you'd be hard pressed to find a friendlier staff. The location is also a plus. During light traffic, it's only 15-20 minutes from downtown Houston.

Pearland Golf Club at Country Place isn't the best conditioned course in the area, but it's a darn good test of golf. Play well here, and you should be able to play well anywhere.

The club also has a grass range, grill and golf shop. For the money, it's a good value. 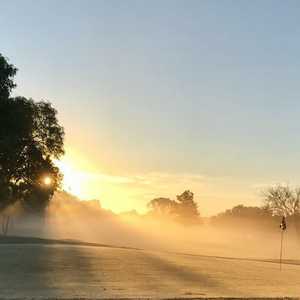 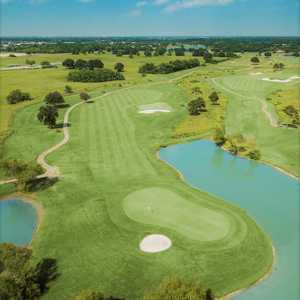 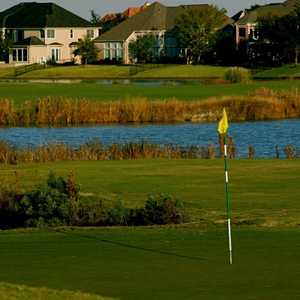