FRANKSTON, Texas -- Here in East Texas, where the Deep South ends with its western boundary, folks still eat grits, sit on front-porch rockers to cool off on hot summer evenings, drive pickups, say howdy and pitch in to help their neighbors.

And golfers can now find a classic course that could be at home in Pinehurst, but it's only 90 minutes southeast of Dallas.

The resulting 7,117-yard par-72 design takes you through a dense pine forest dotted with dogwoods, around rolling mounds, over bunkers with rust-colored sand and past a modest four bodies of water. Venture into the trees and you will have a typically sandy lie, although the Bermuda grass from the fairways is creeping into the rough.

Wanting to keep the experience all about golf, you won't find any ornate granite layout plaques or ball washers (they are on the carts), but you can get a glossy-color yardage guide. Simple flowering potted plants are the tee markers. And you will love the fact houses won't line the fairways although surrounding acreage away from the golf course will be developed with homes.

"There is no need to go all the way to Augusta National or Pine Valley to play a superb golf course, we have our own right here in Texas," said Frost of Pine Dunes.

Pat Summerall, a Dallas-Fort Worth area resident, and former NFL great and Fox Sports TV play-by-play man, said it reminded him of the land where he grew up in northern Florida. "Pine Dunes is a great place to play golf and relax," he said. "I know I'll be there as often as possible."

When Dallas native Justin Leonard (he holds the course record 69) visited, he raved about the design. "He liked the consistent bunker sand, the fact the subtle, slightly undulating greens require an accurate read, and he loved the tight fairways," said Tom Lutz, brother of Jodi, and general manager of the course.

Lutz, a senior portfolio manager for some D-FW professional athletes and creator of a million-dollar art supply business, was dabbling in commercial real estate when her agent posed this question: "How would you like to own a golf course?"

Even though she had never played the game, Lutz took the challenge. The land included a nine-hole course named Dogwood Trails, but it was primitive. She asked Frost to survey the property and he was "blown away" and convinced it would make a first-class golf resort. Frost then persuaded her to hire Morrish.

She moved her parents down from Minnesota (her dad had always wanted to own a golf course) and started dreaming of the day Pine Dunes Resort would become a reality. Sister Lisa Lutz was asked to take care of admin duties and manage the clubhouse. And Dallas investor Scott Miller chipped in with the additional financing.

"Morrish sent his son Carter down for the initial site visit and he went back to Dallas and reported to Jay all excited about the land, the soil and the trees. We decided to scratch the original holes and add 175 acres," Lutz recalled. "And we knew that no one would want to drive all the way from Dallas to play unless it was a great golf course."

Morrish says the par 3s are the best he's ever designed, you will find his trademark driveable par 4s on both nines and a par 5 that has a split fairway divided by towering pines. The golf is traditional, but No. 11, a 605-yarder does have a fairway interruption 307 yards from the back tees where you have to traverse a native, sandy area.

"I think just about every architect today is designing reachable par-4 holes," Morrish said. "It's a concept Tom Weiskopf and I loved to do. Everyone has the physical ability to play well on them if they use their head. It is strategic golf that's much more fun than those long par 4s that only the young big-hitters can reach in two. I know I couldn't compress a ball like that at age 65."

The Texas-sized par-3 No. 6 is 254 yards from the back to a amphitheater green cut into a hillside. This one will challenge anyone. There's water left, but you have to really yank it to go there. Even if you hit this massive right-to-left sloping green in one, there's a tricky, slick putt on the Tiff Eagle.

The only parallel holes on the course at 14 and 15 are beauties. No. 14 is a healthy 434 yards slightly uphill with a pond on the right 281 yards from the tee. The 15th is one of those reachable par 4s, 344 yards, with the same pond on the right and a huge bunker engulfing the fairway 260 yards from the tee. A 275-yard drive from the back tees will clear the trap, setting up a birdie opportunity.

Pine Dunes also has a double-sided 300-yard practice facility, where Frost would like to develop a golf academy lined with resort cabins.

This piney woods golf experience is not to be missed -- you just might think you are playing golf in North Carolina.

Where to Stay: The Pine Dunes Resort guest condos opened on June 14th. Stay and Play packages start at $79 Sunday-Wednesday night and $114 Thursday-Saturday night. Rates are per person based on foursomes. Includes one night stay and 18 holes of golf. Unlimited use of driving range.

Frankston History: Frankston is situated at the intersection of U.S. Highway 175 and State Highway 155, near Lake Palestine and within a 25-mile radius of Tyler, Jacksonville, Palestine, and Athens in far northeastern Anderson County.

The town was founded in 1902 when the Texas and New Orleans Railroad was built through the area and most early residents moved from Kickapoo, a tiny community two miles to the southeast on an old Indian battleground site.

The lumber business thrived for years and cotton was the basis of the economy in the 1920s until the boll weevil infested crops. At one time in the early days Frankston had three hotels, a variety of stores, cafes, a basket factory, a Masonic hall, a livery stable and a movie house. The old rail depot was converted into the Depot Library in the 1980s.

Directions:
Take State Highway 175 from Dallas to Frankston. In Frankston go south on State Highway 155 at the blinking red light. Go six miles to County Rd. 319. Entrance is one mile up CR 319 on right. 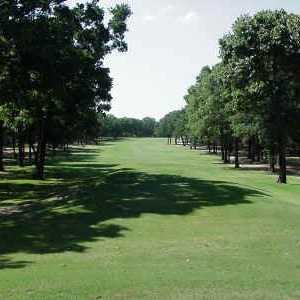 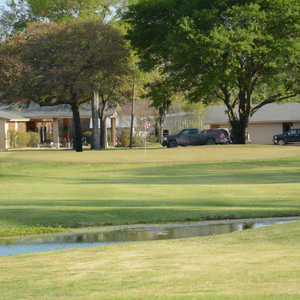