Weekend in Fort Worth: North Side, South Side bookmark Cowtown golf

FORT WORTH, Texas -- There's a definite bookmark on Fort Worth when one talks about golf history in the Lone Star state.

Byron Nelson and Ben Hogan caddied as teenagers at Glen Garden Country Club and competed against each other in a caddie tournament. Colonial Country Club's prestigious Colonial National Invitational became know as the "Masters of the South" when it began in 1946.

The West begins here in Fort Worth and Texans have bragged about it for decades. A $35,000 pick-up is the norm, while yuppie Dallas residents drive up and down Preston Road in 4X4 Lincoln SUVs even though it is about 650 miles from any mountain terrain.

When you come to Cowtown for golf be sure and visit the revitalized downtown area, where a March 28, 2000 tornado caused significant damage, and whirled some trees around at nearby Colonial Country Club.

In downtown the interesting stair-stepped Fort Worth Water Gardens were completed in 1974 on a former Wild West site once called Hell's Half Acre. In the late 1800s many cowboys, driving cattle along the Chisholm Trail, and outlaws, including Butch Cassidy and the Sundance Kid, kicked up their heels here in an area loaded with saloons and brothels.

The fun is just a little more PG-rated today in Fort Worth and your choices for a golf weekend are numerous and varied.

How about a couple of par-70 golf choices? Here's a look at Iron Horse Golf Club in North Richland Hills, northeast of downtown Fort Worth, and Pecan Valley River Golf Course, a city muny located in the southwest part of town near Benbrook Lake.

Those closest to Iron Horse Golf Club tab it as a "thinker's course" -- that's marketing lingo for "don't even dare think about a driver on this hole."

Bowling-alley narrow fairways, lay-up shots, subtle draws and fades, sturdy hardwoods, creek carries and a railroad trestle -- these are the ingredients that define this Dick Phelps design that was opened in 1989 in the flood plain and bottom lands of Fossil Creek.

There's a train depot feel to the clubhouse and three cabooses serve as either restrooms or a snack bar. You might just get to see the tourist Tarantula Train (www.tarantulatrain.com) glide by on the trestle above your head while trying to tee off on No. 7 or 10.

Iron Horse is a real test for your long-iron play and water will tease you on 15 holes in this scenic location just off the burgeoning Loop 820 corridor. It's 6,580 yards from the tips and both the par-5 holes require three shots for the average golfer.

Twenty years ago one could play the 27 holes of Pecan Valley, a 1963 Ralph Plummer design, and get lost in the calm atmosphere of vast Texas skies, old pecan and oak trees and views of the Clear Fork of the Trinity River.

It was as good as municipal golf comes. Dave Bennet added nine more holes in 1982 and the 36-hole complex became known as the Pecan Valley River Course and Hills Course with the river dissecting the two layouts.

But thanks to a facelift, Pecan Valley just gets better and better.

In 2001 the city wanted to pump some money into one of its munys. It was a no-brainer. The River Course got the renovation -- including new TifEagle on the greens and 50 new bunkers to the traditional layout. Steve Plumer of Forefront Golf International was hired for the makeover.

The River Course at 6,609 yards knocks your socks off right off No. 1 -- it's a power opener measuring 426 yards with a new fairway bunker down the right side. If you survived with a par don't relax. No. 2 is a 458-yard par-4 dogleg left.

The new bunkering makes the River Course even more handsome and gives it a championship feel you get from today's brand-new daily fee courses, but at $29 on weekdays, it's a bargain. Don't miss the Hills Course either. It measures 6,577 yards at par 72.

Where to chow down

Texas is barbecue heaven. The first thing to do when you enter a barbecue place you have never visited is to look for the freebie relish bar. This is where you get onions, pickles, jalapenos and extra sauce. If you don't see a relish bar you know the place is owned by Yankees or foreigners -- of course, most Texans think Oklahomans are foreigners. Turn and run for the door like a scalded dog.

There have been some legends in Texas barbecue over the years -- Stubbs and Underwood's in Lubbock, Rudy's which got its start in Leon Springs and is a Hill Country favorite. The Dallas-Fort Worth Metroplex has lots of the chains including Colter's and Spring Creek, where they serve fresh baked, hot, mouth-watering rolls.. If you like it over-priced try County Line. But in Fort Worth the local favorites are Angelo's on White Settlement Road and Riscky's Bar-B-Q on Main Street in the historic Stockyards.

The newest attraction is the National Cowgirl Museum and Hall of Fame. This $21-million venue pays tribute to the great heroines of the American West -- from the women who helped settle the frontier to those who continue to live their lives with the grit and determination of the American cowgirl. Log on to www.cowgirl.net.

Pick a hotel in downtown's Sundance Square, named for the notorious Western outlaws Butch Cassidy and the Sundance Kid. Considered an urban model, this 20-block area attracts thousands of visitors and local residents with its dining, entertainment and night life.

The red-brick-paved streets and courtyards are home to specialty shops, galleries, museums, two movie complexes and live theaters. There are a variety of hotels and restaurants in the area, from moderate to luxury. Businesses occupy the upper levels in many of the renovated buildings. Log on to www.fortworth.com for hotel choices. 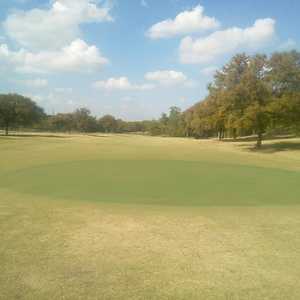