It will be quite a challenge for golf course architect Tom Doak. The piece of property he will be working with has been reported to be a cotton field just north of Fourth Street and west of Indiana. But another Tech official said it was actually a wildlife preserve.

Doak recently completed Pacific Dunes in Bandon, OR, which has received high praise.

Ground breaking is scheduled to take place in December. Tech plans to open the course in late spring 2003.

Tech will be the fourth Big 12 Conference school with its own golf course. Kansas State University has recently opened its Colbert Hills Golf Course designed by Jeff Brauer. Oklahoma State University, a national power in collegiate golf, has a golf course, and Texas A&M is building one. 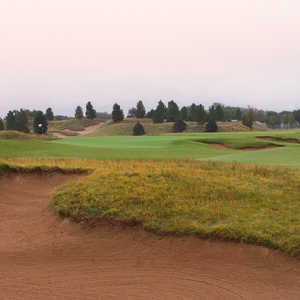