AUSTIN, Texas -- Austin's west side borders the Texas Hill Country, where you'll find some of the state's most visually dramatic golf courses, including Falconhead Golf Club.

Falconhead Golf Club is a top facility west of Austin.
«

Falconhead Golf Club sits just west of Austin in the midst of the scenic Hill Country, tumbling across a rolling landscape covered with knobby cedars and towering oaks. The challenging layout was designed to PGA standards, making it one of the most popular public golf courses in the area.

Falconhead is a rare public course in an area of Austin that is littered with private clubs. Located near Lakeway, The Hills of Lakeway Country Club's four courses are all within a chip shot. Also in the neighborhood are Spanish Oaks Golf Club and the University of Texas Golf Club, which are both among the most prestigious and exclusive clubs in central Texas.

So Falconhead's real estate just west of town is coveted, which makes the fact that it's a daily-fee course with a semi-private component a welcomed sight for public golfers. Falconhead, which opened in 2003, is now owned by the New Orleans Firefighters' Pension and Relief Fund and has found a niche as one of the area's best places to play in the Hill Country.

The layout, designed by PGA Tour Design, is easily one of the best in town. The course features five sets of tees and can satisfy the game's top sticks with a maximum yardage of more than 7,300 yards. While part of residential development, there is plenty room in the fairway to swing away. The golf course winds up and down rolling hills. And, in keeping with tour tradition, the course isn't shy about presenting elevated greens. No hole is flat and running up approach shots isn't easy.

The showstopper -- and easily one of the Hill Country's most well known holes -- is the 17th, which is as dramatic a par 3 as the Hill Country allows. The green sits on a limestone shelf that hovers over water, and it's as remarkable a par 3 as any of Tom Fazio's holes at nearby Barton Creek Resort, Jack Nicklaus' seventh hole at The Hills of Lakeway or the Cordillera Ranch's 16th hole in Boerne.

But unlike the other courses mentioned, Falconhead allows public play every day.

Along with a tour-quality course design, Falconhead Golf Club is also consistently one of the better-conditioned golf courses in the Hill Country, thanks in part to its water contract. The Lower Colorado River Authority mandates the club water its course each night to lower the area reservoir, which means the course manages to maintain its grass during droughts better than most area courses.

The club has many trimmings of a resort course and might become one soon. New ownership has plans for an on-site hotel at Falconhead. For now, Lakeway Resort and Spa offers golf packages to Falconhead as well as three of the four courses at Lakeway Golf Club.

Regulars to Falconhead should keep an eye out for a swap of the nines that is expected to take place in April 2012, which means the signature par 3 will now come on the front nine. 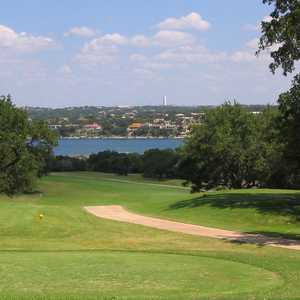 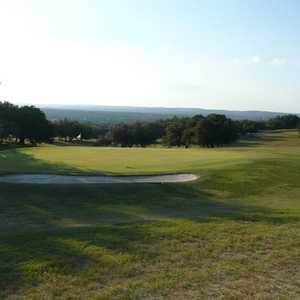