AUSTIN, Texas -- If you've been in Austin for a day or two and haven't gotten any barbecue, prepare to be asked, "Why not? Vegetarian?"

Grey Rock Golf Club is a Jay Morrish design just 20 minutes south of downtown Austin that opened in 1992. Considered one of the best public golf courses in Austin, golfers are drawn to the course's proximity to the city, as well as the serene setting that is void of houses.

And one of the best golf-and-BBQ combos around Austin can be had by heading just south of town to Grey Rock Golf Club, followed up by beers and barbecue at the Salt Lick Bar-B-Que Restaurant in Driftwood.

Grey Rock G.C. was designed by Jay Moorish as the centerpiece of the Circle C community and is one of Austin's more upscale semi-private courses. It sells yearly memberships to Austinites and also runs one of the city's favorite weekly golf leagues. Grey Rock also remains one of the better competition venues south of Austin. It's a U.S. Open qualifier venue and also hosted the Texas Women's Amateur Championship.

For first-time visitors, Grey Rock certainly makes a good first impression. A bag boy is at the front gate and tells you everything you need to know and gives you a few bottles of water for the golf cart. Then you head up toward a shaded, Hill Country-style, stone clubhouse.

My playing partner Joe, who plays the Austin municipal courses with me often, summed up the Grey Rock opening impression pretty succinct. "Oh yeah, I like this place. ... Classy."

The golf course plays 6,855 yards from the championship tees and winds through beautiful, old oaks trees. There are a few creeks and ponds to contend with as well. But it's the many oaks that demand your attention, sometimes blocking certain angles from the fairways and into the green. Both sides are scenic, but the back nine is especially so as there is far less development to the side of any holes compared to the more built-up front.

Grey Rock G.C. is certainly not brutal at any turn, though the par 3s are all pretty strong off the back tees. But like most courses around the Hill Country, the severity of the test will be largely dependent on how much the wind is up.

As with most Moorish-designed courses, expect a drivable par 4, and Grey Rock's rendition comes on the ninth, which plays just 317 yards from the championship tees. The back nine hardly closes as easy with a long, dogleg-right par 4 pinched by trees on the left and water on the right, so two bold shots are needed to end well.

The first go-to courses for visitors in Austin are the courses at Barton Creek Resort, but the resort also charges three-figures year-round and only allow guests of the resort on the golf courses. So if that's a little steep, Grey Rock Golf Club is a great alternative, especially if you can snatch one of their many deals.

Some specials bring Grey Rock's green fee down to about as much as an area municipal course, making it a real bargain. During the dormant winter months, the club overseeds not only tees and greens but also the surrounding areas, so chances are your chip shot will be on green grass, which is always a perk during the winter.

Once you've made it out to Circle C Ranch for Grey Rock Golf Club, you're already more than halfway from Austin to Driftwood, home of the Salt Lick Restaurant (www.saltlickbbq.com). It's practically a straight shot south on TX-45 about seven miles.

Barbecued on a large open pit over charcoals, The Salt Lick serves up family style, all-you-can-eat helpings of brisket, sausage, ribs and pulled pork, or you can just get two or three meats on a plate if you're looking to maintain a little self control. Meet the owner, and he'll gladly tell you about the time Ben Crenshaw asked Salt Lick to cater his Masters winner's dinner (much to the chagrin of Augusta National).

There is usually a wait here on weekends despite the many large banquet rooms to dine in. Frankly, when we get a group together to go, we hope for a wait, because there is plenty of seating outside to crack open a few cold ones and enjoy some live music.

Be sure to pick up your own case of beer on the way out, because the restaurant is BYOB here (and also cash-only). Or, stop off at Mandola's Winery just down the road for a tasting -- or ask them to pair you up with a bottle that goes well with Salt Lick (you won't be the first to ask). Personally, I'd recommend a case of Shiner Bock or Ziegenbock, two personal favorites for brew-and-cue. 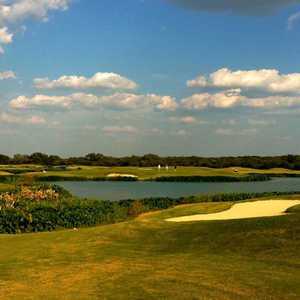 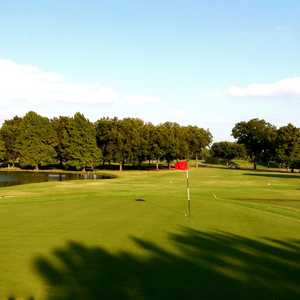