Hills at The Clubs of Prestonwood

The Hills Course, built almost 20 years after the The Clubs of Prestonwood opened, is a more forgiving links-style design with wide fairways and large greens. Dave Bennett designed the course, which features pot and grass bunkers, as well as tough, undulating greens.

Dallas golfers who have sampled them all claim that Gleneagles offers two of the toughest courses in the area. This private 36-hole club opened in the 1980s with two Robert von Hagge/Bruce Devlin layouts known as the King’s and Queen’s.

One of the first courses in the growing 1970s Plano community, Pecan Hollow started out as the Plano Municipal Golf Course. Don January and Billy Martindale, who had recently completed their signature Royal Oaks in Dallas, contracted with the city to help provide golf for Plano’s growing population.

Player's Course at The Courses at Watters Creek

The Courses at Watters Creek is the centerpiece of a 900-acre residential and commercial development that dates back to the late 1980s. The club offers 27 holes of golf played as two totally different courses: the 18-hole Traditions and the 9-hole Player's.

Ironically, the Queen’s Course is the more difficult of the two courses at Gleneagle Country Club because it lacks trees and is burdened by the wind. Bunkering is prominent on both courses, but is especially evident on the Queen’s, which has numerous grass bunkers as well as deep sand bunkers.

Ridgeview Ranch is a Jeff Brauer design that opened in 1997. It’s friendly to the average golfer because there are rarely forced carries of water or sand to reach the large greens, making short approaches good candidates for easy ups and downs.

The Club at Los Rios

The Club at Los Rios opened in the early 1970s with a Don January and Billy Martindale design that takes advantage of eight small ponds and a creek that winds through the layout. Water is in play on over half of the holes, including the opening 485-yard par 5 that features two ponds in play off the tee, and another fronting the green.

Traditions at The Courses at Watters Creek

Traditions has received the most acclaim from the two courses at The Courses at Watters Creek, at one point being ranked by the Dallas Morning News as the No. 1 public course in the state. 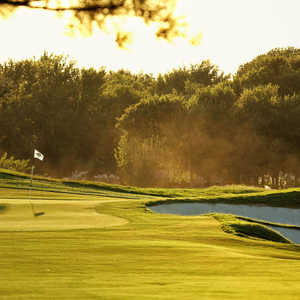 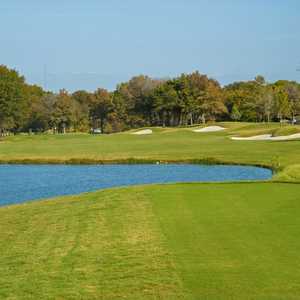 Traditions at The Courses at Watters Creek
Plano, TX
Details Book from $18 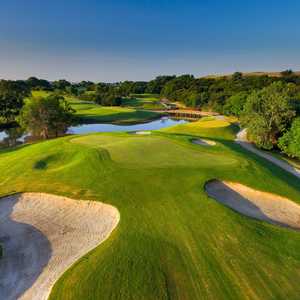