Take on Amen Corner and many more famous holes at Tour 18 Houston in Humble, Texas

HUMBLE, Texas -- The small town of Humble, just north of Houston, is its very own little golf mecca. The PGA Tour pros compete in the Shell Houston Open at the Redstone Tournament Course each spring. But there are other courses with a PGA Tour flair, including Tour 18 Houston.

Nos. 11-13 at Augusta National are replicated at Tour 18 Houston, right down to the stone bridges.
«

The first of two Tour 18 concepts (the other is in Dallas), the course opened in 1992 and features replica holes from famous golf courses around the country. At 6,782 yards from the championship tees, this is a layout that is more designed for the average golfer than the touring pro, but the pedigree in the hole designs ensure each shot is a test.

The golf course begins with a replica of the oft-televised 18th hole at Harbour Town. It's a tough opening hole and even tougher for architect of record David Edsall to replicate considering this course is well off the coast without much need for a lighthouse. But wetlands guard the left side of the hole, and the green is a small, well-protected one. The ensuing hole is even more of an eye-opener, replicating the watery sixth hole at Bay Hill, this par 5 wraps sharply left around a large pond. Standing on the tee, you have to turn your neck past 90 degrees left to see the green.

With the Masters fresh in our minds, it's particularly fun to play Tour 18's rendition of "Amen Corner" on holes 5-7. East Texas is certainly no Augusta terrain-wise, but Tour 18 was able to move enough dirt around to give the 11th hole some downhill roll to the green -- as well as a big hump right of the green to foil bailouts. And there is a good tilt to the 13th fairway that will give your fairway wood or long iron into the green the same fits its given so many Green Jacket-seekers.

Steps away from the green, the 12th tee has the subtle downhill approach to a sliver of a green tucked behind a bunker. Unlike Augusta however, if you peak over the azaleas behind the green, you can catch a glimpse of the island-green ninth, replicating the 17th at TPC Sawgrass, which you'll take on a few holes later.

There are several novelty touches to the experience here, such as tour player name placards out on the range like Tiger Woods and Phil Mickelson. Behind the green of the fifth hole, which is the beginning of Amen Corner, is a replica white Masters leaderboard. Hole markers at each tee explain each hole's significance, which helps when playing some lesser-known holes such as Desert Inn in Las Vegas or La Costa in San Diego.

While the golf course climaxes on the front nine with Amen Corner, the finishing holes do their best to finish off the round with a bang. Both the 17th and 18th play beside the course's large pond that helps add to the drama. The 17th is a par 3 inspired by the Pete Dye-designed eighth at Oak Tree in Oklahoma. The par 3, complete with railroad ties bordering the water, blends together well with the course's stern finishing hole, the 18th at Doral's Blue Monster.

Those who haven't had a chance to play very many famous courses around the U.S. will get a kick out of playing the selection of holes recreated at Tour 18 Houston, particularly on the front nine.

For those not particularly out for a replica experience, the course still delivers a fun test in a quiet setting. The majority of holes are void of residential development, save for a few on the back nine, so it makes for a very pleasant setting among woodlands and small ponds. With green fees $59-$79, it's in Houston's upper class of daily fee courses but certainly not a bank-buster like nearby Redstone, which commands a $150-$165 green fee in peak season.

Off the golf course, Tour 18 Houston's facility is a good one, with a full driving range, practice greens and a large clubhouse with a pro shop, bar and restaurant. The clubhouse also aids those who need to catch a flight with full locker room and shower facilities. Steps from the clubhouse, there is a banquet space for outings, overlooking a large pond. 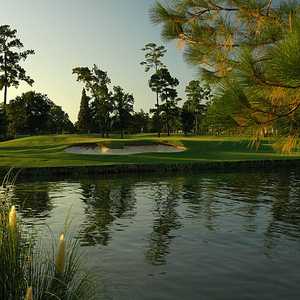 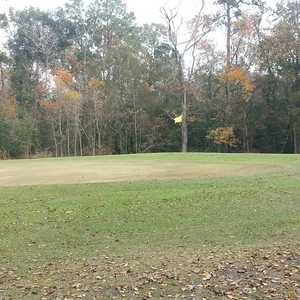