BURLESON, TX -- When an average golfer plays a long golf course it’s often a struggle. Ups and downs are frequent.

There you are sitting 180 yards from the pin for an approach shot, you stroke the shot of your life. It’s exhilarating.

Golf won’t let you stay excited too long though. You arrive at the green and right in the middle of your path to the hole is a large mound. Your so-called great shot is now a three-putt. Exhilaration has turned to depression.

Southern Oaks Golf Club is that kind of challenge. But if golf was easy we would all be bored.

When PGA Champ Mark Brooks designed this 7,302-yard par-71 test, 20 minutes from downtown Fort Worth, he didn’t want to depress average golfers, he wanted to challenge the good ones.

And even though the one-up tees are still 6,951 yards, the 15-handicapper can go to the middle tees and enjoy the course at 6,385 yards.

“Most of our golfers notice the bunkering is different from what they normally see in this part of the world,” said Stack Bowers, Southern Oaks’ head pro. “They are deep-faced and the back nine has a Scottish flair. You will find a variety of golf holes and lots of options. I like the fact that there are no blind shots -- everything is right in front of you. The length? Well, you can use your driver on every hole, you don’t have to make a big decision on that.”

A challenge? On this day the wind was stiff and the No. 9 monster, a 490-yard par 4, was into the teeth of it. You had to wonder what Tiger would hit for his second shot. Thank goodness the prevailing southerly wind will help you on most of the really long holes.

Tall Texas live oaks, blackjack oaks and pin oaks enclose this former cattle ranch making it impossible on some stretches to see other golfers on nearby fairways. The land’s 300 acres of naturally rolling terrain makes the course even more awesome looking on many fairways.

Frequently you will face an approach to an elevated green with a bunker framing a sucker pin. You think: “There’s no way to carry the bunker and hold the green.” A soft fade might just negate that scenario. When you arrive at the green you see there’s plenty of room in back.

Most of the layout won’t taunt you with out-of-bounds and there’s only one forced carry over water. So you can play without losing too many golf balls, but only if you stay out of the wiry rough. What also might tantalize you is the creative use of pot and sod-face bunkers and the huge, undulating Tif Dwarf Bermuda greens that will remind you of Scottish links-style.

It’s evident Brooks, the native of Fort Worth, used traditional golf architecture to take his first design project from inception to reality.

“Southern Oaks is fantastic,” said PGA Tour Rocco Mediate. “It is a great test for players of any level. Amazingly, it appears to have been there for years. The 16th is one of my favorite holes anywhere. Mark Brooks obviously has a talent for golf course design.”

That 16th hole, the No. 1 handicap, is 441 yards. A creek runs diagonally away from tee box from right to left. Small trees on the right are the only obstacles to the bail-out area. The creek also runs 15 yards in front of elevated green.

You might think of Troon’s postage stamp par-3 on No. 3. It’s 181 from the back and plays slightly uphill to an elevated green. There are four deep bunkers guarding this beauty.

Mark Brooks Design, Inc., has also had a hand in a renovation at Diamond Oaks Country Club in Fort Worth and added another nine to the Walnut Creek Country Club in nearby Mansfield and updated the existing nine.

"Southern Oaks is the most naturally beautiful, and thoughtfully designed golf course I have played in the D-FW area,” said Jason White. “Some of the greens were designed with so much contour that it must be hard to keep grass growing on the high points. Other than that it is a very long, challenging track. I spent a good hour looking for my ball, sometimes just feet from the fairway. The U.S. Open rough is kind compared to this stuff. Bring an extra sleeve and a camera."

The first thing visitors to Southern Oaks notice is the impressive Austin white-stone clubhouse. Sitting amidst huge oak trees and beautifully landscaped surroundings, the main clubhouse, at over 8,000 square feet, provides a roomy, Texas-ranch style atmosphere where you and your friends can meet and enjoy the delights of the club’s specialty menu either before or after the round.

Directions: From downtown Fort Worth take I-35W to Burleson’s Alsbury Road exit. Go east circling around Spinks Airport. Entrance will be on the right.

Mark Brooks’ Career Highlights: In 1999, Brooks returned to top-75 on PGA Tour money list for the first time since 1996. He earned his first top-10 since a tie for 7th at the 1997 The Players Championship with a tie for 9th at Nissan Open. Steady play at '99 The Players Championship earned him his third top-10 in that event. He enjoyed his best season on Tour in 1996 with three victories, including his first major title, the PGA Championship. His first victory of year came in his second start. He had five consecutive sub-par rounds to win Bob Hope Chrysler Classic. His 23-under-par 337 total was one stroke better than John Huston.

Also Brooks won the Shell Houston Open in a playoff over fellow Texan and hometown favorite Jeff Maggert. Shot 66-68-70-70--274 to force playoff, then rolled in 50-foot birdie putt on first extra hole for victory, his first in his home state. He birdied the 72nd hole at PGA Championship at Valhalla GC to force playoff with Kenny Perry, then birdied first extra hole to earn the title. 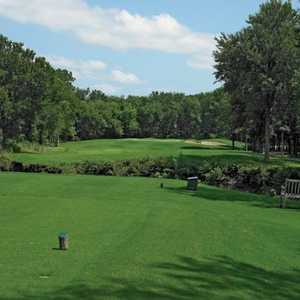 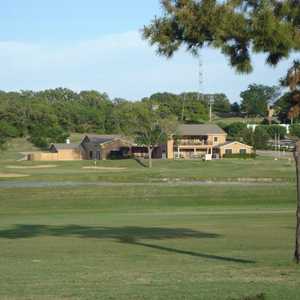 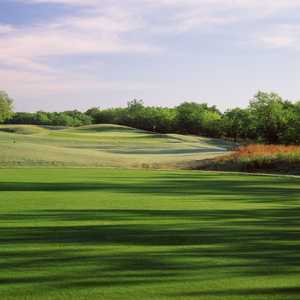